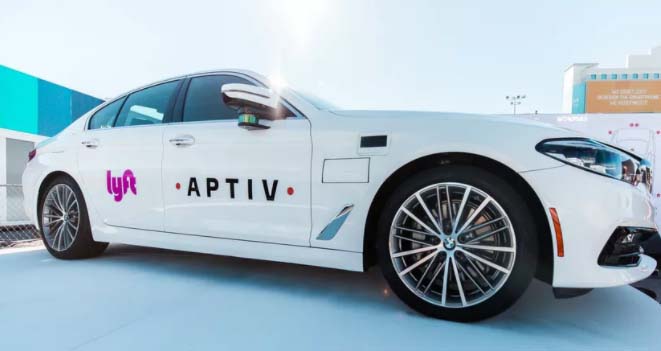 A leap from science fiction to real-world implementation has yet to be made for self-driving vehicles. With growing debates and discussions on the autonomous vehicle’s performance on a broad scale, people are skeptical about its operation. However, Far-far from the thoughts of ordinary citizens in the land of emerging technology and among the top-notch leaders of the innovation race. Self-driving vehicles are not a distant star anymore. This article highlisghts the Autonomous Vehicle Landscape. Significant tech participation, including Google, Microsoft, Amazon, and others, has stamped autonomous technology’s progressive prospects. This has consequently generated a positive perception among most of the population of self-driving vehicles.

Moreover, according to Bloomberg, the top 5 leaders in the landscape of autonomous vehicles in 2020 are here.

Waymo makes its in-house sensors. Since it started 11 years ago as a Google skunkworks project, Waymo, the self-driving car subsidiary of Alphabet Inc., has had scales of both. Today, if you want to pay to ride a completely driverless vehicle, there’s only one spot in the country where you can do it: suburban Phoenix, where Waymo holds a handful of Chrysler Pacifica cars with no safety drivers.

The general and most usual opinion in the industry is that Waymo stays ahead of the competition by a year or more based on many achievements. At the beginning of March, the business reported that it had raised its first money from outside investors-US$2.3 billion from a smattering of institutions, including venture capital giant Andreessen Horowitz and AutoNation, the largest car dealer in the world. The cash delivery came shortly after the company said it had traveled more than 20 million miles, half in just over a year, on public roads. It announced another US$750 million in funding on May 12. CEO John Krafcik wrote in a post announcing the contract, “COVID-19 has underscored how completely self-driving technology can provide secure and hygienic personal mobility and delivery services.

Honda has created a new car, a purpose-built unit for autonomous ride-sharing. When it acquired the business formerly known as Cruise Automation in 2016, General Motors went from laggard to one of the pioneers. As they figured out that Cruise had made further progress retrofitting the Audi A4 of founder Kyle Vogt with an autonomous vehicle, the automaker’s engineers were trying to find out how to get a self-driving car to make complicated turns. GM paid Cruise more than US$1 billion and began to build self-driving electric vehicles.

Today, with capital raised by parent GM and partners Honda Motor Co., SoftBank Vision Fund, and T. of more than US$9 billion, Rowe Price, Cruise LLC, is trying to launch a San Francisco autonomous ride-hailing service. Since the company missed its target in December 2019, GM, the majority owner of Cruise, has remained quiet when the service will start, but executives say they hope it will happen very soon.

Marc Amblard, Managing Director of Orsay Consultancy and the ReadWrite Labs team, carried out this mapping of over 400 companies covering 15 different AV space domains. To read Marc Amblard’s comprehensive analysis of the 2019 edition of the Autonomous Vehicles Landscape, check out Marc Amblard’s article A Deep Dive into the AV Ecosystem.

Autonomous vehicles are as life-changing as the invention of motor vehicles is likely to change. These cars are now a formidable sensor network that collects environmental and other vehicle information. They feeds it to drivers and infrastructure to help with safe navigation, pollution control, and traffic management. Autonomous vehicles are an advancement that will make the movement of “blood” (road networks) much more effective. More efficient, and secure in “vessels” (our cities).

Autonomous Vehicles and Their Impact on Environment

On vehicles from many automakers, including Hyundai and Fiat Chrysler Automobiles NV, Aurora is testing its self-driving tech. But it does not share its intellectual property with them. And in the race for autonomy, it has insisted on remaining a neutral participant.

In 2018, it declined an acquisition of Volkswagen. The world’s largest automaker, and later broke off its relationship with the firm to retain its ability to cooperate with several carmakers.

It could be a formidable combination to put together a supplier and a consumer-facing company. A decade ago, nobody would have thought that a relic of a bankrupt GM would be a player in the self-driving revolution. But Aptiv Plc, the former Delphi Automotive parts unit. That split its powertrain business, is the unusual automotive supplier. That seems to have turned into a severe autonomous vehicle (AV) player with success.

It did so with a series of technology acquisitions to assemble a self-driving vehicle building with Intel Corp. The biggest was the self-driving startup Nutonomy, which conducted city-speed tests of driverless cars in Boston and Singapore. According to Chief Technology Officer Glen De Vos, the team has expanded from around 120 individuals. It was to more than 700 in Boston, Singapore, Pittsburgh, Las Vegas, and Shanghai. Since acquiring the company in late 2017.

Aptiv put all those assets into a 50-50 joint venture. With the Hyundai Motor Group of South Korea at the end of 2019. Together, the firms say they plan to see an autonomous driving platform ready for development by 2022. A fleet of Robo-taxis is one goal for that. Aptiv has been researching how to commercialize its technology by plugging test vehicles into the Las Vegas Lyft network.