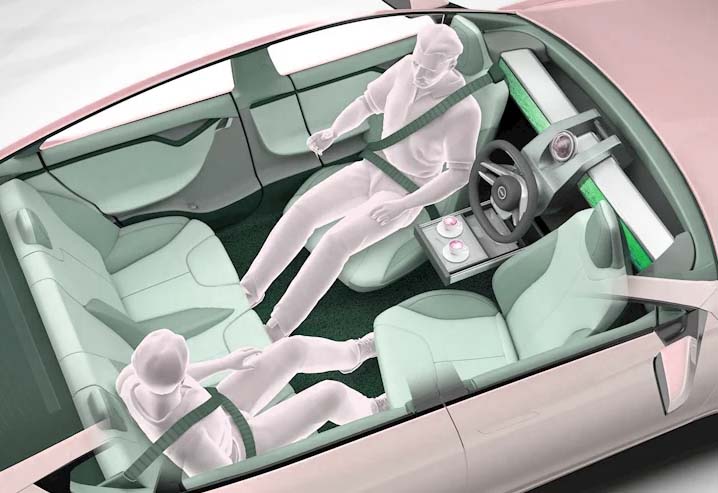 In the mobility market, autonomous vehicles or self-driving cars are all the rage throughout the globe. Without any human input, a self-driving car can sense the environment and navigate its way around a road. Driverless vehicles are self-driving vehicles that can guide the world without needing a human being. The article is on the Facts about Autonomous Vehicles. They are also referred to as autonomous vehicles, self-driving cars, and robotic cars. The vehicles allowed on public roadways are not entirely independent in many places, and a person must always be present to take the steering wheel immediately if necessary.

Cars are in progress that will be fully autonomous. It must be able to feel its surroundings for an autonomous vehicle to function. This is achieved using laser beams, radars, odometry, computer vision, and GPS devices that can capture and interpret data for other vehicles to navigate on roadways. This vehicle’s progress depends on its knowledge of the path and its external surroundings.

GPS technology, sonar sensors, cameras, rangefinders, etc. As it continues to be in the testing process, not all countries have implemented this technology; the time is near when we can see the mobility ecosystem moving to an autonomous framework.

Journey as one of the essential facts about autonomous vehicles

More than 100 years ago, the path of self-driving vehicles began. Francis Houdini, a retired U.S. army engineer, discovered the ‘Houdini Radio Control’ by adding a radio control device to a car and remotely controlling it. He drove the vehicle through New York’s streets, demonstrating the use of numerous features such as turning, speed moderation, and honking. As no one caused it, the spooked passers-by crossing the vehicle famously called it the ‘phantom car.’ Overall, the car created a great sense of curiosity and excitement about driverless cars among the public in 1925.

Our view is binary when we think of a self-driving car; it either drives itself, or it does not. But this phase is broken down into five basic levels by automotive experts. Level 0 is the ‘zero automation’ state where the network may keep on alarm systems, but the rest of the controls are manual. Level 1 is what is commonly referred to as ‘driver assistance’ with steering or braking help. A function that operates on this technology is Cruise Control.

Tier 2 is ‘partial assistance’ in which the machine handles tasks such as acceleration, braking, and steering; the driver is still in control. 3rd Level is referred to as ‘conditional automation’ in which the driver will often turn his focus away from the road.

Level 4 is ‘high automation’ in which the entire driving role can be taken over by the system, excluding exceptional cases such as rainfall and snowfall. The 5th Level, full automation, where no human interaction is needed, is the final level. This is a machine that is 100 percent autonomous.

In the 1980s, AV research began when universities began working on two forms of AVs: one that needed infrastructure for roadways and one that did not. The Defense Advanced Research Projects Agency (DARPA) organized “great challenges” evaluating AV efficiency on a 150-mile off-road course. No vehicles completed the 2004 Grand Challenge successfully, but five completed the practice in 2005.

The third DARPA challenge, which was of a 60-mile time navigating an urban area compliant with standard traffic rules. In 2007, 6 teams conducted it. The University of Michigan built MCity in 2015, the first test facility built for autonomous vehicles. The research of AVs on safety, performance, usability, and commercial viability. Commercial enterprises such as last-mile package delivery, medical supply transportation, and inspection of critical infrastructure, unmanned aircraft systems (UAS), or drones, are building and automated.

Sensor output on AVs can adversely affect temperature, potentially impeding adoption. Ford acknowledged this obstacle and began performing AV testing in the snow at the Mcity testing facility of the University of Michigan in 2016, using technology appropriate for poor weather conditions.

The U.S. annual vehicle fatality rate was 36,360 in 2018; human error accounted for 94 percent of collisions. AVs have the power to eliminate/reduce human error and to reduce deaths. AVs can eliminate accidents by 90 percent, saving around $190 billion a year theoretically. Potential benefits include: