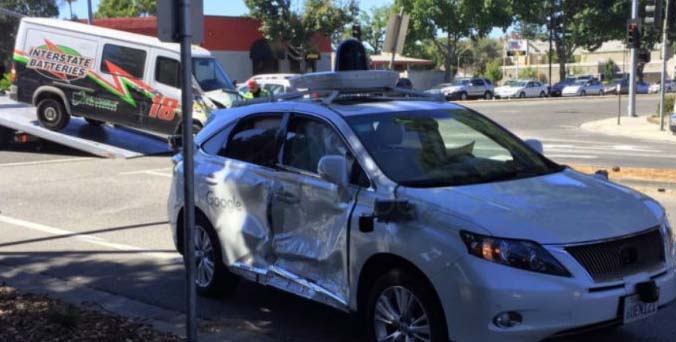 There are several advantages to the possibility of widespread use of driverless cars. Fewer road collisions and the economic toll that results from property damage, injury, or death. As these autonomous vehicles improve driving efficiency and decrease traffic congestion, energy costs will also be saved. This article is on the Negative Impacts of Autonomous Vehicles. The net economic advantage has the potential to be massive. But that doesn’t mean that autonomous vehicles won’t have any unintended negative impacts and consequences that will result from a revolution in driverless cars.

Autonomous car proponents prefer to see driving more like Go: a mission that can be done with a much less-than-human perception of the globe. The short-term feasibility of self-driving cars was argued against by Rodney Brooks, a legendary roboticist and artificial intelligence researcher. He for a decade headed the MIT Computer Science and Artificial Intelligence Laboratory. That was based on the sheer number of “edge cases” they would have to handle, i.e., unusual circumstances.

When cars, vans, and buses start driving themselves, people will unexpectedly find themselves out of a job if they make their living by driving these vehicles. The U.S. according to In 2018, over 1,9 million people were working as tractor-trailer truck drivers by the Bureau of Labor Statistics. There are 370,400 jobs for taxi and delivery drivers, and over 680,000 Americans work as bus drivers. Taken together, this reflects a possible loss of more than 2.9 million jobs and is the highest amount of jobs lost due to the Great Recession during 2008. In addition to shipping, light truck drivers (1.5 million) are rising to a record of 4.5 million, with the overall number of potential jobs lost.

Many of these employees, with their primary ability to drive, are listed as low-skilled workers. Such unemployed employees would find it hard to quickly find new jobs, and the cost of re-training them will be high.

Auto insurers are in a highly competitive market. Insurance is priced according to the probability of any danger, such as an accident or an instance of drunk driving. As well as collisions involving pedestrians, driverless cars aim to minimize the incidence of all risks significantly. The outcome is that insurance premiums will drop as technology reduces the risks associated with human driving. As their conventional business model will become out of date, there may be possible bankruptcies among auto insurers.

Another possible outcome of a driverless car environment is that individuals would depend too much on calling an AV from a shared fleet similar to calling an Uber, creating a decrease in cars’ private ownership. When you can summon a driverless car to take you wherever you please on your request, why own an expensive machine prone to breaking down? In many regions of the developed world. There are more vehicles than humans in many areas of the developed world.

The Transportation Service consequence as a negative Consequences of Autonomous Vehicle

Right now, as the prelude to a self-driving-car operation, most companies working on self-driving vehicles are working on them. So you’re not going to own your car; you’re only going to get rides from a fleet of robo-cars run by Waymo or Uber, or Lyft. One explanation for that is that the new transportation-service businesses can not find their path to profitability. They keep losing crazy amounts of money. Maybe it will put them in the black with all the money saved. Simultaneously, the equipment installed on self-driving cars to allow them to turn physical reality into data adequately is exceptionally costly. It will be prohibitively expensive for consumer vehicles with all those lasers and computers onboard.

Researchers at the University of Michigan study that 6 to 12 percent of all American driverless car passengers will experience motion sickness, resulting in nausea and maybe even vomiting. When people do things such as reading, motion sickness appears to become more extreme, precisely what bored passengers are capable of doing in self-driving cars.

“Stop Working” as a significant negative consequence of Autonomous Vehicle

Last year, Ford announced plans for a $1 billion investment in a self-driving car venture, Argo AI. So it was somewhat shocking when the CEO of Argo, Bryan Salesky, shortly afterward posted a sad note on Medium about autonomous vehicles. “We are in the era of making self-driving cars, is a big reality,” he wrote. “Those who think fully self-driving vehicles will be ubiquitous on city streets. Months from now or even in a few years are not well connected to state of the art or committed to the safe deployment of the technology.”

Researchers at Davis warn that if people do not use (electric-powered) self-driving facilities and instead own (gasoline-powered) self-driving vehicles, this could happen. “Sprawl would continue to grow as people seek more affordable housing in the suburbs or the countryside since they’ll be able to work or sleep in the car on their commute,” the scenario unfolds. Public transportation could spiral downward as ride-hailing services take a share of the shared infrastructure.

The introduction of driverless vehicles would challenge and revolutionize the way individuals get around. Although a net beneficial benefit to society is likely to occur, there would still be unintended effects to consider. These negative consequences range from the significant loss of millions of driving jobs. The decline of the traditional car industry to the dumb loss of millions of driving jobs. It seems clear that the momentum of self-driving vehicle production is only going to pick up steam.

There is a need to estimate its impact on traffic flow. Especially if these may be negative, with low-level vehicle automation already available. From manual driving to automatic driving. A long incremental transition will occur in which several still unknown traffic flow patterns will be present. Such results have the potential to support or cripple existing road networks more and more. Their is a need of Improvements to existing traffic models. Providing greater detail and comprehension of the interaction between drivers and vehicles, both in traditional and mixed traffic flows. Due to insufficient evidence and understanding of these dynamics. It recommends that more research into driving behavior needs.